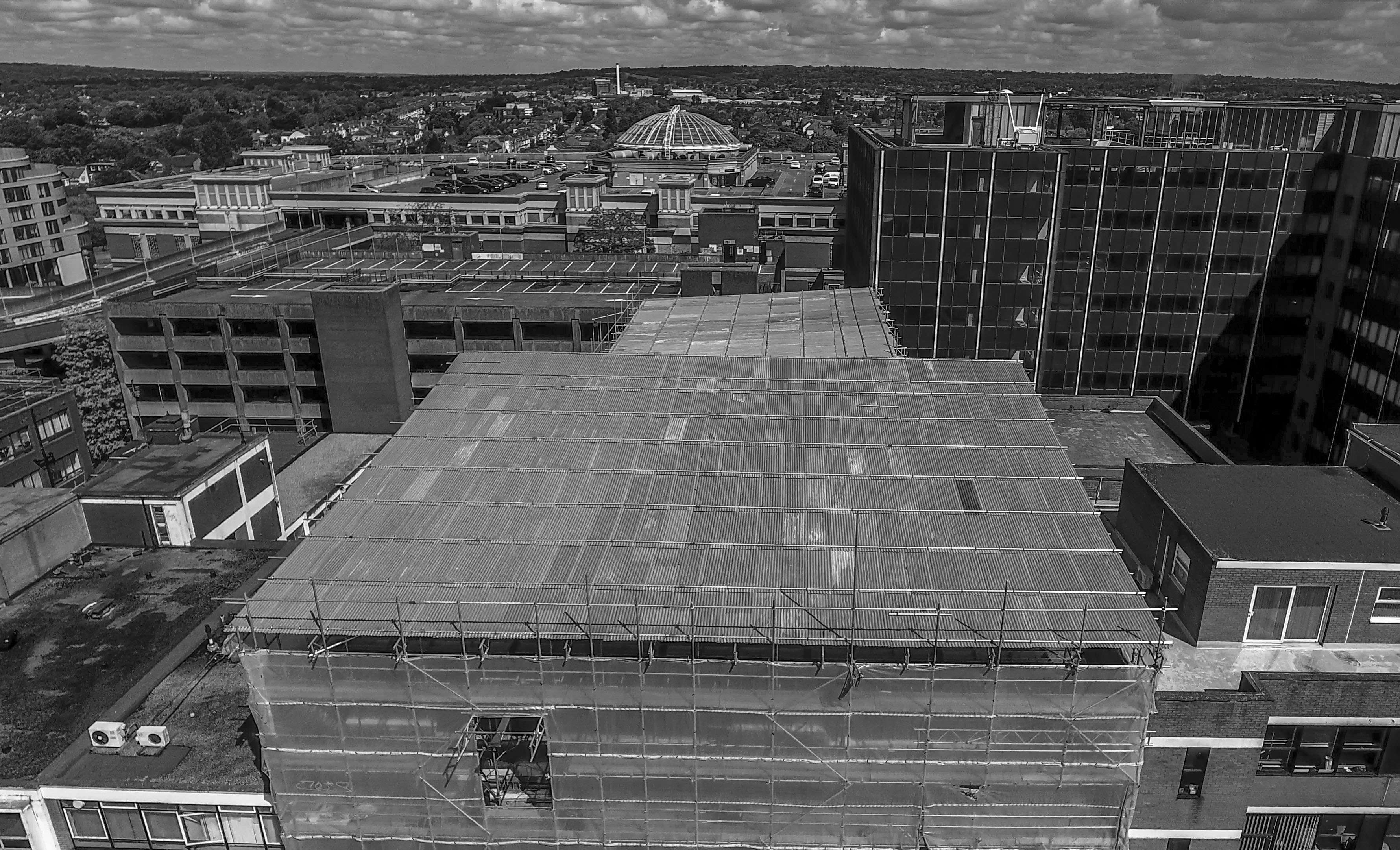 Bespoke design and calculations provided by Q Scaffolding. Approved by the Main Contractor and the local Council for independent scaffolding access to both blocks including two temporary roofs 10m high above the existing one.

450 aluminium beams and 780 corrugated sheets were used for this project.

TNV Construction has complete work on a 45-week project to refurbish 88-89 College Road. The £ 6.5 million refurbishment involves building an additional storey onto the building. Q Scaffolding won the scaffold contract and a total of 10260 sq m of scaffolding surrounded the buildings and the temporary roofs.

The temporary roofs which were in place  were a total of 720 sq m combined, and were one of the largest temporary roofs in place in London at that time of construction, essential for protection from weather and on-site deliveries which were craned into place, a section of the roof being movable, taking approx. 10 minutes to move. The speed of opening and closure was essential when weather conditions were poor. Q Scaffolding are only one of a few Scaffolding companies in London to erect such a large roof system which is highly effective on projects of this kind.